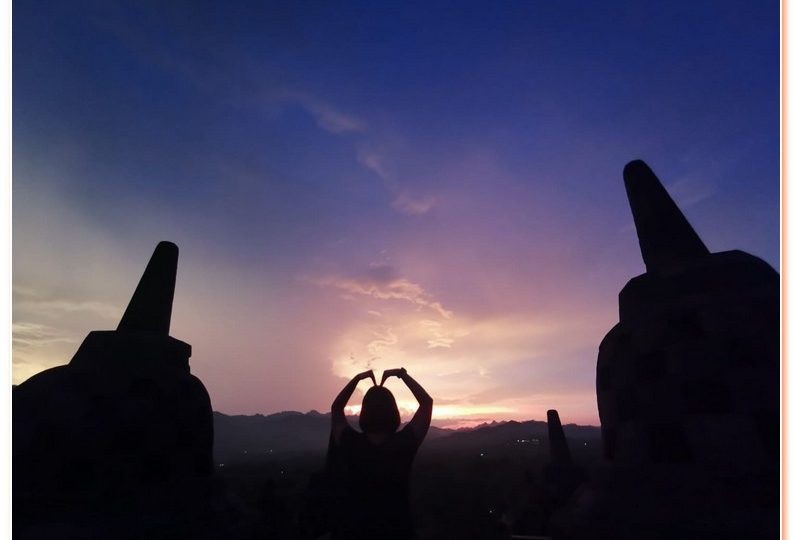 Borobudur Temple, The Mysterious Temple – Borobudur temple, located in northern Yogyakarta province Indonesia, is known as onef of the bigest Buddhit temple in the world. It is believed to be built in 9th Century during the reign of Syailendra Dynasti.

The architecture adopts the Nusantara (Indonesian natively name) indigenous cult of ancestor worship and the Buddhist concept of attaining Nirvana (heaven). Borobudur is also believed demonstrates the influences of Gupta Art from India.

Borobudur temple is still used for pilgrimage and tourism

Entering the 14th century, Borobudur was abandoned, following the spreading of new religion in Nusantara (Indonesia), Islam. Until in the midth 19th century (1814), the British ruler, Sir Stamford Raffles published its existence to the world based on native information.
Until now, Borobudur temple is still used for pilgrimage and tourism and also listed as UNESCO World Heritage site.

Its charming and large architecture has attracted many tourist to visit this site. Many stories, told by this temple about the daily living on the old period, by its relief around the temple.

For traveler interested in history and old time living lifestyle is recommended to visit this site.