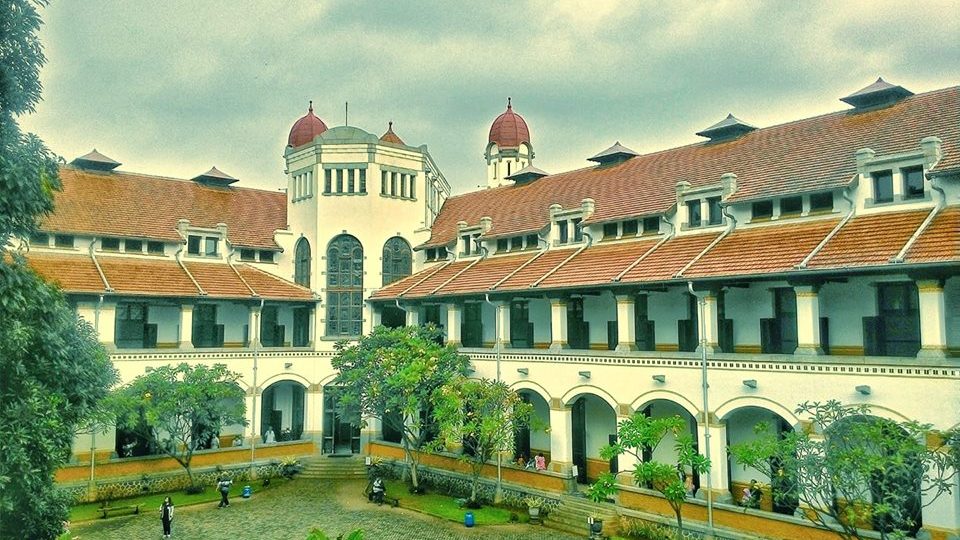 Lawang Sewu: A Haunted building of History and Heroes – Abandoned and antique buildings have a tendency to inspire stories. Legends, Myths, Haunted tales of the building’s origin, its owners and builders. Indonesia as a whole is home to numerous historical and mystical buildings, many antique and dating back hundreds of years. One such building is Lawang Sewu which was built by the Dutch between the years 1904 and 1907 and functioned as head office for The Dutch East Indies Railway Company (Nederlandsch Indische Spoorweg Maatschappij) until 1942. During World War II, the building was used as Japanese Military Headquarters. It is located on the Tugu Muda roundabout, in Semarang, capital city of Central Java.

Lawang Sewu in the Javanese language is translated to mean “A thousand doors”. And while the building does not really have a thousand doors, the massive, three-story structure is lined with numerous doors and windows that resemble doors, from which the building obtained its name.

This large and mysterious building is not simply a deserted structure, but is an icon of history and heroes. On October 14, 1945, shortly after Indonesia declared her Independence, the building became the scene for the bloody “Battle of Semarang”. The 5-day battle took place between AMKA, Angkatan Muda Kereta Api (Railway Youth Force) against the Kempeitai and Kidobutai, the Japanese Military Police and Strike Force. Many were tortured and executed during this battle.

In 1950, the Tugu Muda monument was built in remembrance of this fight for freedom and in honor of those who died in battle. Each year, a celebration is held around this monument in commemoration of the heroic, 5-day struggle at Lawang Sewu.

Lawang Sewu is a prominent historical landmark as well as a structure boasting great architectural beauty. Its main attraction is its tall stained-glass windows, displaying the skill and artistry of colonial times. The colored beams of light which filter through the windows of the dimly lit room add to the already mysterious and somewhat tense atmosphere of the building. Of the many rooms in the building, only one can be entered. This room is believed to have been some sort of office or workspace. You can walk around in the open spaces and facilities such as bathrooms and the balconies overlooking the Tugu Muda Monument.

Due to the high number of deaths that took place in at this site, many believe the building to be haunted. The building is open to the public 24 hours a day, should you want to go mid-night ghost hunting.