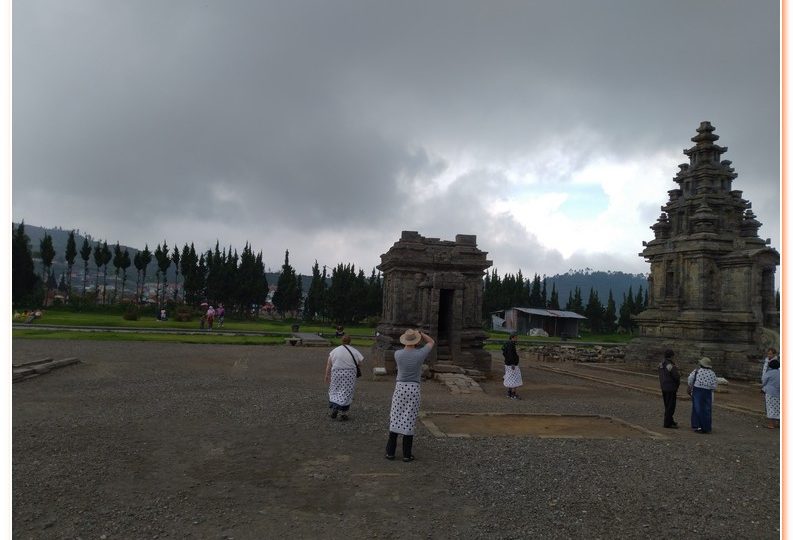 The Dieng Plateau in Central Java Located about 2,000 meters (6,500 ft) above sea level, the Dieng Plateau in Central Java is not only blessed with breathtaking natural scenery and fascinating historical remains but it is also a land shrouded by myths and age old unique cultural traditions. While the enchanting temple complex is already an amazing legacy of the golden past, one of Dieng’s most exceptional cultural features can still be seen today in the outstanding phenomenon of the Dreadlock Kids.

For many, dreadlocks – or any other hair appearance or style – may just be a reflection of preference or lifestyle, but for some of the children on the Dieng Plateau this may not be simply the case. These children (of around 1 to 7 year) are born normal, however at one point; their hair strangely turns dreadlock by itself. Various studies to scientifically investigate the cause have not found any logical explanations for the growth of the dreadlocks. The locals, however, believe that these kids are somehow chosen by their ancestors to receive and keep these gifts, and that the dreadlocks must not be trimmed until the children ask for it, or the hair will continue to grow back.

The phenomenon of the Dreadlock Kids of Dieng

The phenomenon of the Dreadlock Kids of Dieng is believed to have its origin in the legend of Kolodete. Kyai Kolodete is said to be a charismatic wanderer who along with his two companions, Kyai Karim and Kyai Walik, were the pioneers who established the settlements around the Dieng Mountains. Kyai Kolodete is believed to have established the settlement on the Dieng Plateau, Kyai Karim established the town of Kalibeber, and Kyai Walik founded the town of Wonosobo. The legend said that while Kolodete regined over the Dieng Plateau, he had dreadlock hair and vowed that he would never cut his hair until the Dieng Plateau area would prosper. If his wishes were not fulfilled, the legend said , then he would reincarnate into a newly born baby or one that is starting to walk.

At the long-awaited moment when the dreadlock kids agree to have their hair shaven, it is celebrated in a series of ceremonies known as the Ruwatan Anak Gimbal – or the shaving of the dreadlocks. Nowadays, these rituals are elaborated into a grand cultural fiesta celebrated annually as the Dieng Cultural Festival.
Aside from the dreadlock shaving rites, the Dieng cultural Festival also features Dieng’s own traditional performances such as the Rodad Dance, Lengger Dance, Rampak Yakso, Warokan, Barongsai, Cakil Dance, and Wayang Kulit or the Javanese leather puppets show. Among the most interesting produce that will be presented in an exhibition are Dieng’s unique Mountain Papaya or Carica, and the highly nutritious herbal Purwaceng.

The ceremony commences with a procession of the dreadlock kids around the village. The kids will be paraded on a Javanese traditional horse drawn carriage or Dokar guarded by Manggala Yudha or royal troops and followed by various traditional art processions. The special kids will then be taken to the Arjuna Temple in the Dieng Temple complex where the ritual of the dreadlock hair cutting will take place. Subsequently, the hair will be taken to the lake and submerged symbolizing the return of the hair to the ancestors.

Located about three hours’ drive away from Yogyakarta or two hours from Semarang, the Dieng highlands are truly a marvel of their own. Literally translated as ‘abode of the Gods’, the plateau does not only contain a remarkable collection of ancient temples set amongst a fascinating mountain background, but it also possesses a mystical culture of its own communities.